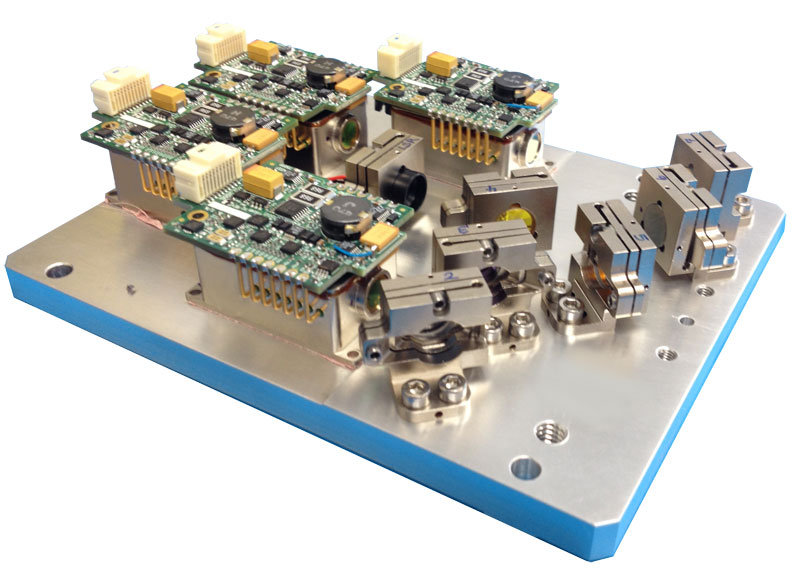 Block Engineering's laser-based products utilize next generation quantum cascade lasers (QCLs) and infrared absorption spectroscopy. QCLs were invented and first fabricated at Bell Laboratories in the late '70s by Federico Capasso, Jerome Faist and their colleagues, but their wide use for applications outside the laboratory is much more recent.

Specially designed cladding layers around the active region constrain the generated photons, which are forced to bounce between two specially coated facets that act as the traditional mirrors of a laser cavity. The wavelength of the emitted light is determined by the "energy gap" between the valence and conduction bands of the semiconductor material, which is predetermined and it is controlled by the optical properties of the semiconductor material. Therefore, the wavelengths can only be changed by selecting different materials, a process that is not easy in general. 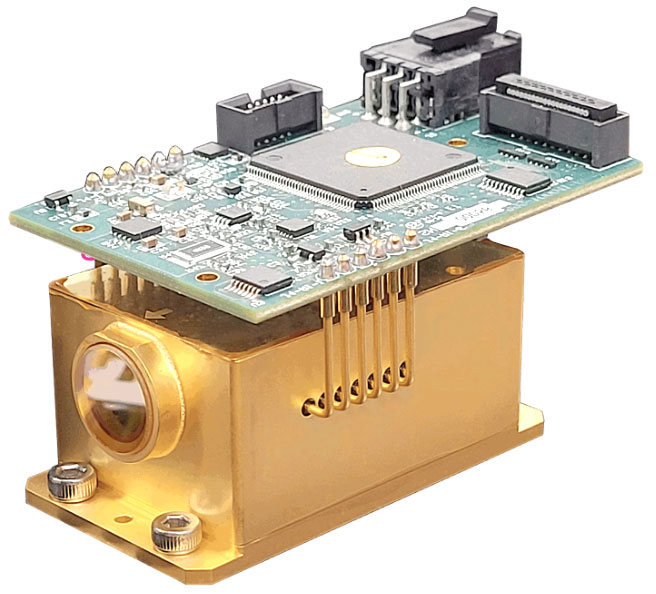 In contrast to the above described conventional semiconductor lasers, the QCLs rely on the emission of photons only within the conduction band. Electrons "cascade" from higher to lower energy levels of quantum wells within the band and as they do so, photons are emitted. This process generates wavelengths that are now controlled only by the thickness of the quantum-well layers. Therefore, the emitted wavelengths can be designed to fall within essentially any region of the mid- and far-infrared spectrum by controlling the thickness of the layers, rather than the specific optical properties of the semiconductor materials.

One of the key breakthroughs in the development of QCLs has been the availability of Molecular Beam Epitaxy (MBE) machines, which have enabled the growth of thin layers with dramatic precision and control. These machines are now considered mature and reliable and the QCL manufacturers have been using them routinely. Furthermore, over the past few years, unique coatings technologies have been developed and perfected, allowing the deposition of such coatings on the facets of the lasers with impressive optical properties and operational reliability. QCLs today are used in both pulsed and continuous wave (CW) modes of operation, each one offering specific advantages depending on the particular application.

Block then utilizes its unique laser capabilities as the basis for broad spectral analyzers for a variety of gas, liquid, and surface detection applications. In these systems each laser pulse is monitored by built-in, unique, high-speed detectors and electronics, which analyze it after its interaction with the substances under investigation and the algorithms convert the measurements into infrared spectra. Built-in libraries analyze these spectra, account for background interferences and provide identification of the substance. The QCLs operate typically in the 200 kHz range and all data processing is performed in real time, enabling sub-second measurements.

This operation of the Block spectrometers is often called "pre-dispersive spectroscopy", since light is split into the various wavelengths (i.e. each laser pulse corresponds to a different wavelength) prior to its interaction with the target substance. Such operation offers very narrow spectral linewidths, as narrow as 0.1-0.5 cm-1, which enable high resolution spectral measurements, especially for gases or substances that have spectral features too close to each other.

Block has used its decades-long experience with infrared spectroscopy and system-level packaging to develop complete systems that are capable of detecting and identifying substances. Even though the heart of the Block systems is the QCL, thermal stabilization, elimination of environmental interferences, algorithmic analysis and telecommunications-type of packaging expertise have all contributed to the development of the laser-based systems offered by Block today.

The following documents are available for more detailed information regarding our technologies and products: